Why PR is Important in the Oil and Gas Industry

With more than four billion metric tons of oil produced across the globe annually, the oil and gas company remains one of the most dominant sectors in the worldwide economy. But as Bob Dylan so famously said, the times they are a-changin’.

Environmental issues are ever more present on people’s minds, and oil and gas companies need to consider their brand identity in order to determine how to remain successful through the 21st century.

Public relations plays a huge part in this. A strong PR game will help this sector boost the level of trust the public has in the industry and shift perceptions. Below we look at three crucial ways oil and gas companies can achieve this.

The energy sector is a competitive one. To stand out in a crowded marketplace, companies both big and small need to craft PR strategies highlighting how they’re uniquely positioned to deliver a product or service the customer wants. The first step to achieve this is to brand your company as “likable.”

The Canadian PR firm, Apex, undertook a daunting task when they sought to understand just what factors shape the public persona of oil companies. After surveying everyday Canadians about their general impression of oil and gas companies, they realized they needed to shift public perception from this industry as a “necessary evil” in people’s daily lives to a persona that was something resembling “likable.”

One way to create a new and likable brand persona is through differentiation. Everyone surveyed felt that, regardless of how they felt personally about oil and gas companies, the energy sector did have a crucial role to play in the world.

Combine that with the fact that half the population makes product choices based on a company’s eco-reputation, and oil and gas companies have a unique opportunity to re-brand themselves as leaders in green technology. This is exactly what energy giant Exxon Mobile did with its biofuels campaign.

This goes to show that, generally speaking, industry responsiveness to the demands of the times is helping to reshape the industry’s image as a whole. More oil and gas CEOs are finally speaking about climate change and environmental management. Some are even going so far as to take a strong stand on climate change, such as by supporting carbon pricing. It’s through actions like this that any PR professional worth their salt can reshape the persona of an oil and gas company into something that earns that enviable moniker “likable.”

The reality is that there’s a wide age gap between older oil-and-gas-industry veterans and younger employees. As this older generation continues to retire it places the onus on the industry to look to the young talent market in order to address this “great crew change.”

But this new generation of millennials in the workforce value different attributes in the companies they work for than the previous generations. Also, bear in mind that this is a generation that grew up with digital technology practically from birth. So any marketing recruitment message needs to leverage digital transformation to attract top young talent. Now, before you scoff at the notion of having to kowtow to this younger generation, keep one crucial stat in mind: by 2030 millennials will make up 75% of the workforce.

The reality, then, is that the old analog days of headhunting and physical recruitment are over—companies now need to have a robust online presence with a comprehensive social media game. Because it’s at this intersection of digital technology and public relations where oil and gas companies will maximize their visibility and more effectively reach their target audience, whether that’s new employees or new customers. More on that below.

PR, combined with digital media, determines the success or failure of a business

We can’t stress this enough. To appeal to modern workers and customers, you must meet them where they are, and today that’s online. The trick for the oil and gas industry is to move their branded messaging away from the technical jargon so commonplace in an engineer-dominated industry and present compelling information that resonates with the general public. It’s through savvy public relations and marketing that the oil and gas industry will achieve this.

The key is crafting great PR content beyond press releases and delivering it to your audience via the various channels where they receive their information. One effective strategy to deliver PR content is search engine optimization. This involves producing quality content useful to your audience that’s also rich in the popular keywords they search for online. Having such keyword-rich content improves that content’s ranking in search engine results.

All this leads to the million-dollar question: how can I craft the best PR content that my audience wants? Well, if you effectively align your industry terminology with your business goals and tailor it to your audience’s specific interests, the PR content you create will have a much higher chance of being viewed.

It’s not hyperbole to suggest that PR in the oil and gas industry is more important now than ever before. Despite being an integral part of daily life and the global economy, the reputation of the energy sector, among much of the population, is that it is fundamentally at odds with environmental progress. Therefore, it’s only sustained PR campaigns that can change public perceptions and reshape reputations with key stakeholders. 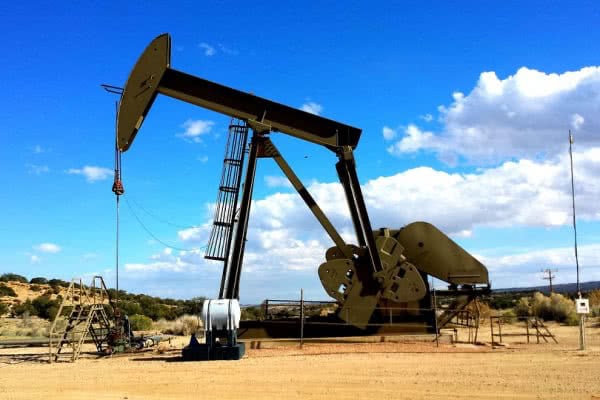