Does this sound familiar to you?

If yes, you’re not alone. Countless businesses around the world are discovering that their digital campaigns just don’t produce the kind of returns they used to. Between a content glut and “banner blindness”, it’s harder than ever to get your audience’s attention.

Amid this doom and gloom scenario, there is a bright spark: native advertising.

By giving your content the distribution it deserves, native advertising has the potential to transform your marketing campaigns.

But what exactly is native advertising? Why does it matter? And how do you produce great results from it?

What is Native Advertising?

Try this right now: head over to The Atlantic’s homepage and see if you can spot the native ad.

This is native advertising in a nutshell: an ad that’s disguised as editorial content. Apart from the sponsored content disclaimer, neither the content nor the way it is presented is indistinguishable from Atlantic’s regular content.

Which is to say, the ad looks and feels as if it is “native” to the platform. Facebook, for instance, lets developers change ad units on its audience network to appear more organic, and thus, “native”.

Of course, native advertising isn’t always presented as editorial content. More often than not, it is presented as a recommendation by a trusted publication. You might have seen these in the form of “partner links” or Outbrain’s popular “You May Like” links, such as the ones here on TIME magazine:

These are different from traditional ads in two ways:

You can say that native advertising is essentially a form of “trust arbitrage”. When a publication writes a sponsored story about a brand, it is essentially transferring its trust to the brand.

This is different from content marketing in that it is paid media, not earned media. With content marketing, your focus is to own both the media and its distribution. But with native advertising, you pay for the distribution, and sometimes, the content as well (in the case of sponsored stories).

If you’ve been around the digital marketing space, you couldn’t have missed the incredible hype native advertising built up a few years ago.

This graph from Google Trends captures it perfectly:

One reason for this spike is practical and immediate. Traditional digital marketing tactics are increasingly saturated. In the developed world, we’ve hit “peak social”. Organic search, as SearchEngineLand says, is “not growing as fast as other channels”. And the click-through rates for banner ads continue to shrink.

At the same time, as readers of this blog would attest, content marketing budgets are rising. With more content created than ever before, distribution becomes a massive challenge.

Native advertising solves this problem by:

It also helps that native advertising lets you be closer to the conversion funnel than conventional ads. A native sponsored ad on Amazon helps you reach people who are already in the process of buying, not top of the funnel audience.

This is one reason why display ad dollars have shifted so heavily towards native advertising in the last few years.

You can’t understate the PR angle either, of course. It’s not easy to get TIME to write about your business. But with native advertising, your business can occupy the same space as TIME’s editorial content – all for the cost of a small Outbrain campaign.

Another reason – and this should interest all future-focused marketers – is the changing nature of advertising and its intended audience.

Millennials and the Gen-Z to follow are the first “digital first” generation. They’ve grown up with the internet. They either ignore traditional ads or dismiss them as inauthentic.

That’s when they actually see the ads – an increasing number simply block them. Ad blocking users tend to be largely younger, especially in that lucrative 25-34 age range.

Not all native advertising escapes the scrutiny of ad blockers, of course, but your chances of getting heard with a sponsored post are higher than with a traditional ad.

Given the importance of Millennials and Gen-Z as future consumers and decision-makers, no marketer can ignore them.

And how do you reach a market that doesn’t watch TV or listen to radio, that blocks most online ads, and doesn’t trust most advertising?

With native advertising, of course.

How to Make Native Advertising Work for You

Native advertising can’t be a standalone strategy; you have to combine it with your existing content, social, and search marketing efforts.

For instance, you might have a content marketing campaign that, despite compelling content, isn’t reaching the right audience. Distributing this content through highly targeted Outbrain or Taboola campaigns can help you find relevant readers.

It’s important to see native advertising not in isolation but as a cohesive experience. A native ad is only the entry point to your brand; you still have to capture and convert this interest.

Keeping this in mind, here are a few tips to make native advertising work for you:

Native ads work best when they’re distributed not to the largest audience but to the right one. A music advice article would have a stronger impact if it was promoted on, say, MIDINation than on Huffington Post. The latter might have reach, but it doesn’t have the reader relevance.

2. Build a story, not just an article

No matter what content you promote through native ads, adopt storytelling as the primary goal in any native campaign. Think of it as the opening paragraph in the story – something that hooks readers in.

Use this interest to draw them over to your website where you can narrate the rest of the story. Brands that are good at native advertising understand this pretty well. As Quartz’ VP of Marketing Zazie Lucke said in an interview:

“In our experience with our advertising partners, we’ve actually found a high demand for storytelling”

3. Keep the user-experience in mind

Native ads work best when they maintain the publication’s user-experience. If the publication uses images in a particular style, make sure that you mimic it, not just on the ad, but on the landing page it leads to as well.

Similarly, keep the publication’s general “vibe” in mind when crafting your copy. Use the same headlines and writing style, along with similar images.

Users might not like ads, but they hate being lied to even more. Mark all your native ads and sponsored posts as such. Don’t try to hide them under monikers such as “editorial partner content”. Own the fact that you’re using native ads. Readers will appreciate the honesty.

By crafting native experiences for an audience that doesn’t trust traditional ads, you have the potential to reach more people and convince them of your value. It might be early days, but it’s safe to say that native advertising is here to stay.

As a future-focused marketer, native advertising should form an increasingly larger share of your paid media pie. Switch a part of your budget from display to native and track the results. You might just be surprised by the impact.

Jeff Sullivan is a marketing manager at Workamajig where he helps agencies and in-house creative teams achieve operational excellence. When not working with agency leaders, he can be found fiddling with his guitar or brushing up his music production skills. 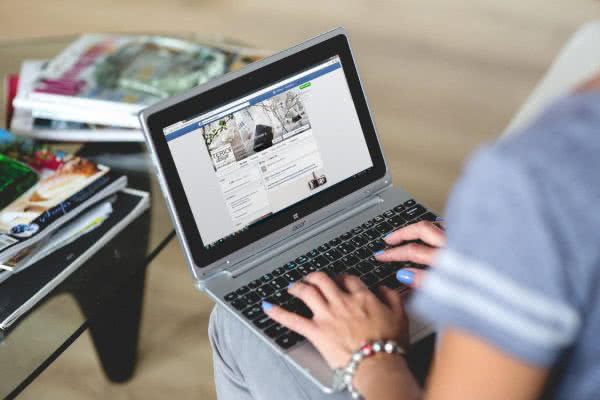