Not only do Football Fans expect a great game on Super Bowl Sunday, but they plan on viewing great commercials as well. The Super Bowl is television’s biggest night, with an average viewership of over 100 million people each year.

Last night’s game between the Patriots and the Eagles was a thriller, and the ads paired along with it did not disappoint either. Between the expected advertisements for beer, travel, and forthcoming action movies, a few excellent B2B commercials were worth noting.

Super Bowl ads are notoriously expensive to produce, with last year’s 30-second spots netting the Fox broadcast network a reported. With so many people tuning in, B2B advertisers know that the Super Bowl broadcast is one of their biggest chances to gain customers.

These were the top 3 B2B ads that stood out during Super Bowl LII:

This Super Bowl ad is part of Intuit’s first-ever brand campaign in its 35-year history as a company. And while it was just a short 15-second ad, it was memorable and creative.

The ad features simple logos for two of Intuit’s brands, TurboTax and Quickbooks, while a YouTube-like feature counts down the seconds until the end of the ad. A small animated man tries to push the countdown away, clearly wanting to get back to whatever he’s watching rather than this ad, which resonates with any audience watching. A voiceover narrates how TurboTax and Quickbooks help “save you time”—so an ad from their developer “should do the same.” Meanwhile, an animated robot appears on-screen to bump the countdown up and end the ad early, high-fiving the impatient ad-watching man.

The countdown feature effectively echoes the idea of how much time you’ll save using Intuit’s products, which is especially appealing to business owners, who know that time is money. Plus, the inclusion of something so familiar to those of us who spend time online is brilliant—viewers can quickly recognize what they are looking at right away, and it feels like a unique and fresh idea that many television ads aren’t incorporating.

As marketers it’s important to remember that sometimes simple is best—when we over-complicate our ads and the humor, our audience might get confused. This ad was a tongue-in-cheek nod at one idea: these products will save you time and are therefore worth checking out with a little rushed “get back to the game” humor on the side.

Squarespace is known for their product that makes it possible for anyone, anywhere to build a beautiful website—even if that person is Keanu Reeves in the middle of the desert. They are also known for their impressive commercials—last year their ad brought home the 2017 Emmy for best commercial. They lived up to their superior status this year with a great 2018 Super Bowl ad as well.

Their series of Super Bowl broadcast and online spots features Reeves on a personal retreat to find inspiration for a website for his motorcycle company. During the ads, Keanu stokes a fire, howls like a wolf, stands on top of a motorcycle while riding it, and eventually throws his laptop into the fire when he’s done building his website.

It might seem over-dramatized to the audience watching, but that means it’s for sure a standout, and one viewers will remember. By showcasing an action star building his personal website on their platform—and pointedly sitting behind a desk—Squarespace solidifies their brand as a simple, sleek tool that’s a must-have for business owners everywhere.

Squarespace taught us that a good product speaks for itself—an ad with high-quality production value and one significant component will help your audience remember what your brand has to offer.

It’s fascinating to see direct competitors Wix and Squarespace running ads during super-exclusive Super Bowl spots.They do both take a very different approach, so it’s important to review both, but it will be interesting to see which ones stick in the minds of B2B customers.

This commercial features Internet comedians Rhett and Link demonstrating just how easy it is to use the Wix platform to build a website. They point out different features like an automatically-updating video gallery, high-res images, and the multiple pre-designed templates to choose from.

Like the Squarespace spot with Keanu, this ad highlights how easy Wix is to use. But while the Squarespace ad may have had more style, Wix’s seems to have more substance—it showcases many more of the platform’s actual features, and Rhett and Link walk you through the process of creating a website. For businesses that aren’t so web savvy, this ad gives a lot more information about why they’d want to use this specific product.

It pays to be crystal-clear about what you have to offer. While the comedians in the ad provide entertainment and influencer value, there’s no doubt that anyone watching would understand the benefits of using Wix after seeing this ad.

Now, we might not all get to the point where we can run a Super Bowl ad, but we can sure learn a lot from those who do. Whether you run a Fortune 500 company or a mid-sized business, this year’s batch of B2B Super Bowl ads provide marketing inspiration to B2B marketers everywhere.

Commercials capture the essence of your brand and help engage your audience, which could set you apart from the competition. Television ads give direct insight into your brand’s personality which drives discussion amongst viewers and makes commercials a timeless marketing tool. The weekend’s Super Bowl proved that television ads are still relevant and useful for B2B marketers in 2018. 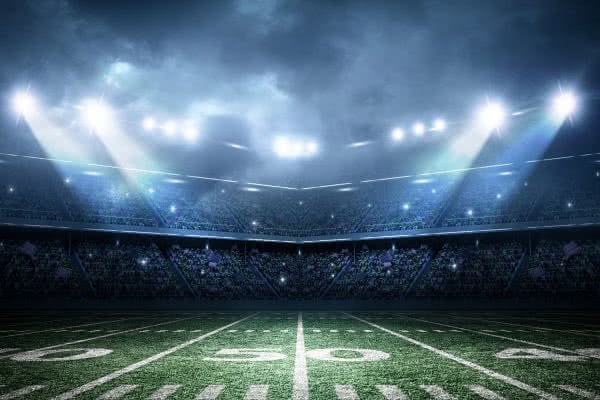