How to Make Earned Media “Pay” for Your Business

For the first time in history, we live in a world with a 24/7 news cycle. So, what does that mean for you and your business? There’s never been more news, more information, more noise and therefore more competition for people to receive your company’s message than ever before. If it’s not CNN pontificating about party lines, then it’s a 30-second insurance ad on YouTube; and if it’s not the president’s tweet notification on your smartphone, then it’s a detergent pop-up ad — all stealing your customer’s valuable attention and taking it somewhere else.

Traditional media, social media, online influencers, analysts, etc. … The list of potential “media” outlets goes on and on. More so, the lines that once firmly separated earned media (public relations/media relations) from paid media (advertising), have been blurred over the past two decades as traditional media struggles to be profitable in the new media marketplace. Plain and simple: it’s getting harder to grab the media’s attention and get your company’s message out there without spending an arm and a leg. So, how are businesses rising above the onslaught of media hubbub and fat ad spends? By thinking strategically and working backward. Let’s start at the logical starting point. …

More often than not, when introducing a new product, service, widget, etc., companies draft a news release and rush to send it over the wire only to get web robots to pick it up thanks to their wire service subscriptions. While this can help get the word out, to truly be impactful, businesses must begin at the end.

Close your eyes. Imagine what media placement perfection looks like. How would it make readers and viewers think, feel and – most importantly – act? For starters, who are these people? How do they receive their news? And at what time? On TV, online, on the radio or on a handheld device? By answering questions like these, you’ll be able to better understand and select your target audience. You would have done the research to initiate a media relations campaign that gets results.

Now, get out of your comfort zone already

True story: years ago, the CEO of one of the world’s largest musical instrument manufacturers asked me to get our brand out of the safe, known music industry media for a change and into the mainstream where we could help grow market share and revenue. With a looming recession and people more interested in putting their hard-earned dollars toward milk, bread and gasoline than musical instruments, this was a daunting task. Where did I start? At the end, naturally!

“Mainstream” meant “eyeballs”; how could I get the most people to receive the company’s message in a positive and meaningful way? I needed to swing for the fences, and I chose old faithful: television. I combed the four main national networks for opportunities that rose above mere editorial calendars. I found a “Made in America” segment on the nighttime news program that had the highest ratings at the time. This was the perfect platform for the company to get its message out.

I crafted the pitch, researched the appropriate media member to pitch it to and threw the “softball” down the middle of the plate. And though it took almost 18 months to see the story on TV, it was worth every second. I needed to develop my patience (not my strength!) to keep the story alive. I grabbed my proverbial fishing rod and reel, prepped for the long haul and went fishing for “marlin”! Media relations can often be a sprint, but the most successful media relations campaigns I’ve experienced have developed over time and with patience and perseverance.

Never take “no” for an answer

Once I was able to generate interest from the producers at the network, it was a matter of time and energy before I was able to land my story. And I mean a lot of time — almost two years! You see, the nighttime anchor I pitched the story to works in New York, and my company’s facility is in California. Over and above that, our place was closed over the weekend, making staffing and logistics a personal nightmare.

Knowing the producer and film crew were in Vegas, a short airplane ride away, I asked them to make the trip to California the next day, which was a Sunday. I then called the factory manager and asked him to collect a small group of folks we could rely on to show up to work over the weekend and make it appear like a factory in full swing. I brought the donuts, the network brought the cameras, and, through creative camera vantage points, we were able to pull it off.

Next, we had to try to replicate the experience in Manhattan so we could make it look and feel authentic, just like our California-based facility. I researched and negotiated a shop a few blocks away from the network to ensure we would make it as easy as possible on the anchor and his crew. I flew in early, staged the shop and reviewed the messaging with my spokesperson. The interview went off without a hitch (over a year and thousands of miles away from where it was supposed to take place!), and the network had what they needed to edit and produce the story. What it ultimately amounted to was a positive, five-minute feature that aired on national TV!

That story remains one of the highlights of my career. But more than the coverage itself, it taught me valuable lessons: by beginning at the end, being creative throughout, bedeviling the details, and cultivating patience and perseverance, I was able to cut through the noise and produce the very story my CEO asked for, informing and/or reminding our potential clients and customers alike why they should come to us.

Why PR is Important in the Oil and Gas Industry

Jason is responsible for managing and maximizing opportunities in public relations and media relations for clients. His knack for getting companies in the news—or keeping them out of the news—allows him to generate results that help businesses prosper and grow. 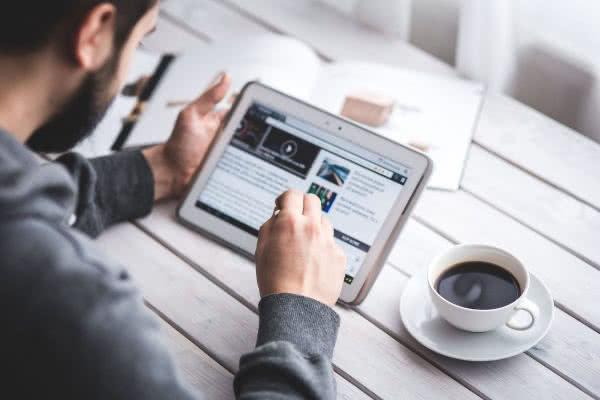