Internet of Things and Big Data: A Match Made In Heaven

Two of the most talked about trends in technology right now are the Internet of Things and Big Data. Big Data has seen a surge in popularity, most likely because it has moved from being hype to actually seeing deployment in our daily lives. This is good news for advocates of Big Data, and brings a degree of hope to proponents of the Internet of Things. If Big Data can graduate from the realm of hype to reality, perhaps the promise of IoT can achieve the same fate.

There is significant value to IoT and Big Data moving to a mainstream position in technology. In my opinion, without Big Data reaching maturity the Internet of Things will have little chance of achieving the success promised by the many advocates claiming trillions of dollars in future incremental revenue. With the amount of data generated from 50 billion connected devices, identifying the right analytical capabilities is crucial to quickly and effectively filter through massive amounts of information to find valuable insights.

Without analytical capabilities, attempting to capture the deluge of data being sent to the Internet by billions of sensors and edge devices will be like trying to capture the water from a series of 100-foot tsunami waves, funneling it into an 18 inch pipe, and useing it to generate electricity. It is a great idea, but difficult to turn into a reality

So what exactly is Big Data? I doubt a marketer coined the term, or it would be much fancier. Simply, it is data, lots of data. In fact, it is so much data that normal analytic capabilities are completely inadequate to process it. The amount of information being generated every minute of every day is growing at an enormous rate.

In the third century BC, the Library of Alexandria was once believed to hold the sum of all human knowledge. The Council on Foreign Affairs estimates there is enough information today to give each person in the world 320 times the content of Alexandria’s entire collection. This would amount to an estimated 1,200 exabytes (equivalent to a billion gigabytes). In this case, we are talking 1,200 billion gigabytes and growing.

EMC and IDC estimate the amount of digital data will reach 44 zettabytes by 2020. That is equal to 44 trillion gigabytes. You read that right, trillion with a “t.” It’s hard to comprehend just how much data that represents. EDC and IDC compared it to six and a half stacks of 128GB iPad Air tablets reaching from Earth to the Moon.

As you can see from this example, advanced methods are needed in order to extract the informational value contained in the piles of data. By implementing Big Data analytics, organizations can perform trend analyses to enable predictive modeling for a multitude of purposes. It can be used in business, healthcare, manufacturing, scientific research and so on.

One interesting application I have seen comes from a company called PASSUR. They use Big Data analysis to collect information on weather, air traffic patterns, live flight position and airspace information to develop ETA predictions for airlines. PASSUR currently has 125 airline customers worldwide using this system, found to be one of the most accurate in the industry. Given the number of flights being monitored and the amount of data being collected, PASSUR needs Big Data analytics to be successful. This allows PASSUR to increase value to the customer by providing accurate flight arrival information, reduce flight turn around times, better manage ground personnel, and reduce the number of unmet flights.

Unmet flights occur when a plane arrives at its destination and there is no ground crew to greet it. I can attest from first hand experience the negative customer service impact from having passengers stuck on the plane when it is in line of sight to the gate. I don’t know if everyone feels this way, but I’m one of those people who can sit patiently in my seat for a 10 hour flight … but if I have to sit for 10 minutes waiting to pull up to the gate it is agonizing. PASSUR provides testimonial from one major US airline stating they have reduced the number of unmet flights from 12 per day to zero at their largest hub. All because PASSUR saw the value of being able to analyze enormous amounts of data, enabling them to predict within a very small window of time when a flight would arrive at its destination.

BIG DATA AND IOT TOGETHER

Now that we have seen the significance of Big Data, we need to map it to the Internet of Things and examine how the two concepts together bring value. As I mentioned earlier, I don’t believe IoT can happen without Big Data. As I, and myriad others, have highlighted previously, in its simplest form, the Internet of Things is the vast collection of connected devices all gathering data and dumping it into the Internet. In essence, the Internet of Things will become the vehicle for creating much of the 44ZBs of data EMC and IDC estimate will exist by 2020. Now you can start to see how Big Data and IoT may be a match made in heaven. On one hand, without Big Data IoT can’t exist; on the other hand, IoT will provide much of the massive amount of data feeding the Big Data machine.

In a previous article, I highlighted an Internet of Things example of having sensors on machines for the purpose of predictive maintenance. Big Data brings the value in this scenario by seeing the trends, which in turn enable maintenance decisions to be made. Accenture conducted research indicating that, “predictive maintenance can generate savings of up to 12 percent over scheduled repairs, leading to a 30 percent reduction in maintenance costs, and a 70 percent cut in downtime from equipment breakdowns.” This will lead to significant financial ROI from cost savings and increased productivity, but more importantly, it can greatly reduce or eliminate interruption in service in a wide range of industries. The financial implications from better customer service include being more competitive and the ability to charge more for a higher quality service.

Peter Drucker is reported to have said, “You can’t manage what you don’t measure.” It may be obvious, but I would add that you can’t measure what you don’t collect and analyze. IoT will play a significant role in collecting, and Big Data is already playing a role in analyzing. The value of the zettabytes of data that will be created in the future is the useful information buried deep within its mass. The ability to manage a given task is dependent on quickly extracting the seeds of information from the chaff and delivering it to decision makers in a way that allows them to take timely action. Fortunately for all of us, EDC and IDC have provided an estimate that the target rich data held in the 44ZB, accounts for a manageable 1.5 percent of all data. The key will be to put effective filters in place to pull out that 1.5 percent of useable data. The marriage of Big Data and the Internet of Things needs to happen to accomplish this.

We at Elevation Marketing understand the Internet of Things and can provide valuable assistance to position you and your company as a thought leader in the space. Learn how with this free eBook. 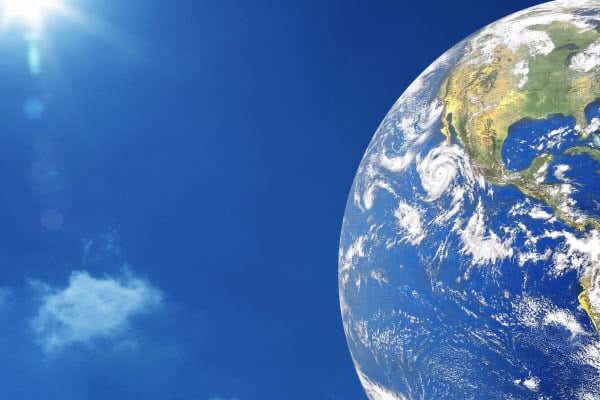