How Important is Responsive Web Design?

Chances are, the first time someone visits your website, they’ll be on their phone. The number of global smartphone users surpassed 2 billion in 2016 and is expected to reach 2.9 billion by 2020. Nearly 60% of web searches now come from a mobile device and that number is predicted to grow.

The way people access websites is changing too, with users accessing the internet from multiple devices interchangeably and cross-ownership of devices creating multiple access points for users.

A survey of over 87,000 Smartphone, PC/Laptop and Tablet owners aged 16-64 revealed that over 90% of users access the internet via their smartphones and computers and over 70% accessed the internet using a tablet.

Responsive web design is a programming technology that enables the layout of a web page to “resize’ depending on the device it’s being viewed on. This allows businesses to create one website that adapts visually across multiple devices, eliminating the cost of creating two (or more) sites, as was the norm in the past.

Responsive web design was introduced in 2010 by Ethan Marcotte, who described the technology as a  fluid/grid approach to designing web pages that made it possible for web pages to adjust automatically. It quickly became the preferred method of designing sites for the varying screen sizes that were being introduced into the market at that time.

In 2015, Google’s search algorithm began prioritizing websites that were mobile friendly. About two years later, Google solidified this change by switching to mobile-first indexing—using the mobile version of a website to establish its ranking (versus the desktop version).

Now, website owners didn’t have a choice. If they wanted their websites to rank well in Google’s organic search results, they needed to ensure their sites were mobile friendly.

That last point is very important because it meant that if your website was already programmed using responsive design, you didn’t need to worry about this algorithm change.

But for many companies, there was a mad scramble to update websites and bring them up to speed (literally and figuratively) so that they wouldn’t be hurt by having non-responsive, desktop-focused web pages.

Google isn’t the only entity that website owners need to appease—all those mobile users we mentioned above have come to expect that websites look and act a certain way, regardless of the device they’re using.

Google reports that more than 50% of users abandon a mobile site if it takes more than three seconds to load. But a bad mobile experience runs deeper than simple website abandonment, it can actually harm the user’s opinion of a brand. Google reports that users expect the following when visiting a website on their mobile device:

Even though user expectations are high for their mobile web experience, nearly 100% of respondents in the Google survey indicated that they had visited a website that wasn’t mobile friendly.

Responsive design is as important as mobile

Responsive design is becoming interchangeable with the term “mobile friendly” because it adapts to the layout of a page to the user’s screen size, making the user’s experience of the website a positive one.

As users continue accessing the internet on multiple devices, the distinction between desktop, smartphone, tablet (and everything in between) is becoming blurred. From a user perspective, it is about the experience, not the device. This is why it’s so critical to create a digital strategy that prioritizes mobile-friendly responsive design.

Mobile’s impact on the B2B landscape

Mobile vs. Desktop: Getting The Right Prescription For B2B sales

The Impact Of Mobile On Social Media 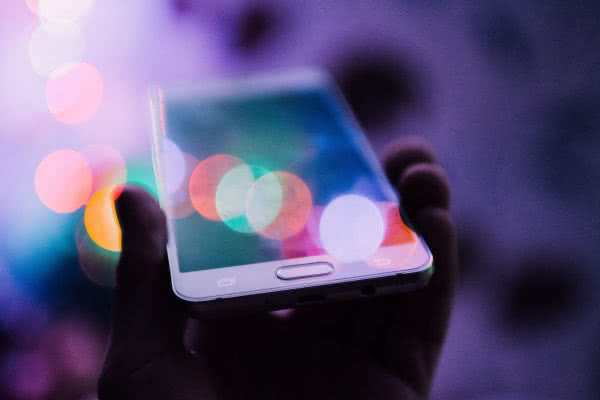